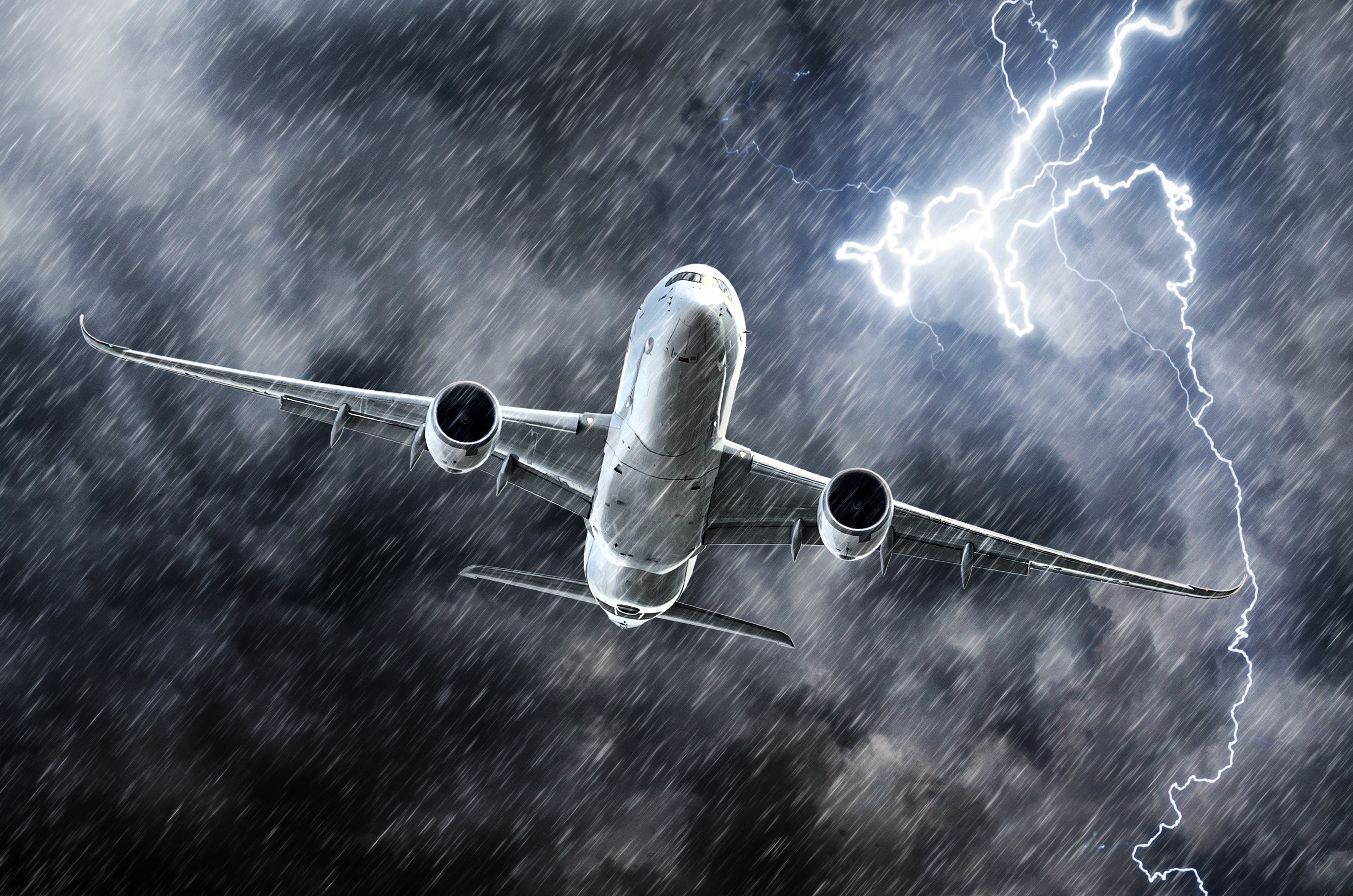 Why Superior Lightning Strike Protection Is Vital In Aerospace

On July 22nd, British Airways flight BA-35 departed from London. Nine hours later, the Boeing 787 arrived in India, along with 46 new holes to its body from a lightning strike. Though the plane arrived safely and no passengers were ever at risk, it was unable to make its return flight back to London. British Airways had to book alternative flights for the passengers scheduled for that flight.

As for the aircraft itself, it was repaired five days later before flying back to London for further tests. 24 hours after returning home, the plane returned to service by British Airways.

In 1963, lighting struck a Pan-Am aircraft, igniting fumes in its fuel tank and causing a deadly explosion. Thankfully, this is the only record of a lightning-related fatality in the aerospace industry. After changes in the construction of aircraft, airlines no longer have such grave concerns. But the damage British Airways suffered from flight BA-35 still came at a great financial expense.

With many steep costs, airlines operate at a very low margin. Rising fuel costs have especially strained the industry, which now makes less than $20 per customer. The airline industry produces revenue only when it’s planes are in the air. It maintains a profit only by filling planes with passengers and minimizing time between legs. With their Boeing 787 out of commision for nearly a week, British Airways incurred a tremendous opportunity cost (beyond the actual cost to repair the plane).

Want to stay up to date on the latest lightning strike protection news and trends? Get updates from our blog right in your inbox!

Why Lightning Strikes Cause so Much Damage

To minimize its weight and fuel usage, modern airplanes are largely constructed from carbon fiber. While composite materials are lighter than aluminum – from which planes were historically constructed – they are less conductive than metal and more susceptible to lightning damage.

The less conductive a material, the more energy a strike will transfer into its structure. When lightning does strike an aircraft, the energy is dispersed in 360 degrees, but its entry and exit points are the locations that absorb the greatest energy.

Lightweight, conductive metals are incorporated into the surface of a plane’s composite parts. The sacrificial material dissipates the current and energy from the strike over a larger surface area, which limits the energy and force applied to any specific spot on the aircraft.

Aerospace Recommended Practice 5414 outlines lightning strike zones and provides guidelines for locating them on particular aircraft (as shown in the figure below). These zones are defined based on the severity of damage a lightning strike would cause. The materials commonly used in the most prone zones are phosphor bronze woven wire or expanded metal copper and aluminum. 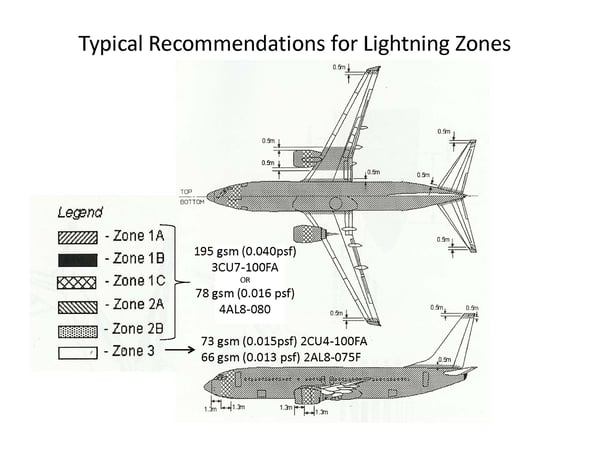 Why Expanded Metal is Superior to Woven Wire

The Boeing 787 struck between London and India used interwoven wire to protect against lightning strikes. Clearly, its protection system was not up to the task. Had the aircraft used expanded metal, it likely wouldn’t have sustained nearly as much damage.

Inter-woven lightning strike protection systems use a phosphor bronze wire inter-woven into the carbon-fiber plies. This method of protection is the most lightweight solution, but lacks in the overall protection of the carbon fiber panel.

This system is more prone to carbon fiber damage because when struck, the lightning enters the carbon fiber plies in order to reach the phosphor bronze wire. Therefore, more impact energy is transferred to the structure and the damage to carbon plies is more extensive — this makes the repair more difficult, timely, and costly.

Woven wire products are also made from phosphor bronze wire and need to be much heavier than expanded materials to have the same performance. Because woven wire is made up from individual strands that move and only make point contacts at every junction, the conductivity over a large surface is very inconsistent. Thus, a heavier material is needed to offset these inconsistencies.

Another drawback of woven wire is its thickness. Typical thickness for woven products are .004”-.006” (0.10mm-0.15mm) so more epoxy resin is needed to seal the material into the top surface and to make the surface smooth as well.

Made from solid foils – a homogenous product with consistent conductivity – expanded metals are 30% to 75% more conductive than a woven wire of the same weight. Because expanded metals are far lighter, manufacturers needn’t use nearly as much epoxy resin. They’re are also substantially thinner, ranging from 0.0015” to 0.003” (or 0.038 mm to 0.076 mm). This reduces the weight and creates a more cost-effective solution.

Expanded metal typically sits right beneath an aircraft’s top layer of high level-resin. The carbon fiber layers rest a layer below the expanded lightning strike materials. With a clear separation between the carbon fiber and expanded metal, the former is far better protected.

If weight is a concern, manufacturers can choose the inferior interwoven lightning protection system because it doesn’t require an additional process – they can seamlessly include the woven wire with the woven carbon fiber.

But if struck by lightning, the damage to the plane’s structure is far more expensive. Repairing the plane will be more difficult, timely and costly. Woven is a more antiquated lighting strike solution solution because the heavier weights required, more resin involved, and a poorer surface finish.

Expanded lightning strike protection materials are undeniably best-in-class. Its lower weight and overall thickness, higher conductivity, and better heat of fusion and vaporization make expanded materials the solution of choice, and additionally, the long-term savings of expanded aluminum and copper foils will protect your bottom line for years to come.

Click below to subscribe to the Dexmet blog and learn more about high-performance expanded metal and polymer applications.